Modern writing is full of different myths which often hold unexperienced writers from starting their careers. Though, the most part of these legends have nothing to do with reality. In this article, we reviewed five of the most widespread myths, and tried to completely bust them for you. 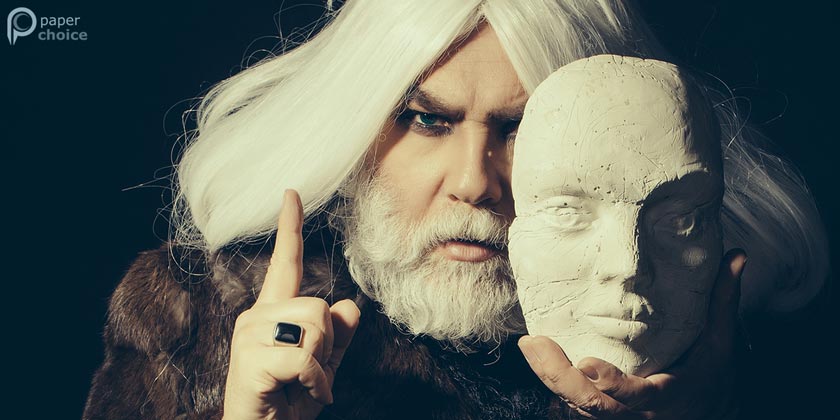 Writing Myth #1: About a Blank Paper

Everyone knows that cinematic picture: a silent mansion, a cabinet with bookshelves and a typewriter/computer there. And behind the keyboard there is The Writer. The Demiurge. The Creator who sits on a chair and can’t write a single line of a text. Spectators understand: “Uh-huh! That guy gets through the creative crisis!”

This scene has something common with the real crisis just like a glass of juice has something similar with the bicycle. In other words: absolutely nothing. The author’s sufferings start long “before” the one sits to the keyboard. While that happens, the writer doesn’t walk through the house, and doesn’t look for the Muse absently. The writer washes the dishes on the kitchen, goes out to the shop, works hardly at the office, and at the same time there are creative processes boiling out their head.

But, once everything is already written, the REAL SUFFERING comes. As soon as the last full stop is put on its place, the author’s hair starts moving: the worst activity, the editing – is ahead. It is the editing process what takes to 80% of working time. It is the editing what can be named every author’s curse.

Don’t you think geniuses write with no drafts?

The cinematic pictures about talented writers and their sufferings often continue like that: the silence is impaled with the “Eureka!” cry, and the heavily inspired hero starts hitting the keyboard. Neat and tidy pages lay on each other. No single correction, mistake or blot are made. The writer continues typing the delicious masterpiece just like the nominate of a stenography competition, and finishes the story in two to three days.

The last full stop is put in the epilogue. The writer is satisfied and smiling. Spectators feel glad: the author’s got the book finished. Good job!

Attention, the blowout is incoming: nobody ever writes books like that. Once more: nobody ever makes it. Genuine text is being edited hundreds of times before getting its genuine shape. Readable text was edited something around fifty times. The bad one – nearly ten. The awful writing became awful just because nobody ever tried to edit it even once.

All the geniuses, whose names remain famous through centuries (not only writers, but scientists, artists, sportsmen and musicians as well), kept working like slaves! Nobody ever got up in the morning with thoughts like: “OH. MY. GOD! I’m Shakespeare! Here is “Romeo and Juliet!” Take that!”

The artist is to be hungry. Wait, what? No, really, do you believe in that? I mean, do you think that all the bright, good and eternal ideas appear in the artist’s heads when they’re hungry? Oh, come on…

Yes, there were many historical facts about the Great Creators who lived and created in poverty. Yet if one stays hungry for 24 hours, it’s easy to predict the moment when the thought about a tasty piece of meat is going to dominate all other ideas and to capture human’s imagination. Stomach of the Great Author is the same to the stomach or an average human.

Plus, it will be reasonable to think that the best writings of Great Authors were created while their stomach was full.

Many people today think that all the perfect books are already published, and there is no chance to think out a new, original word in literature art. But look around! Top printing numbers belong to Rowling, Tolkien and Brown. Why nobody continues to buy Homer’s “Iliad”, Scott’s “Ivanhoe”, or Stevenson’s “Treasure Island”? Everything’s already described there, all the topics were discussed previously.

But readers wish to get “50 Shades of Grey” and not “The 120 Days of Sodom”. Though both books touch the same topic, and 120 is more than 50. But poor man de Sad isn’t being sold any more. Readers want Green’s “The Fault is Our Stars”, while Segal’s “Love Story” and touching characters of Remark are on the lowest rankings of printing race.

The truth is, feelings, wishes and instincts of humanity remained the same they were back in Homer’s times. But what changed colossally are: mores, culture, life tempo, technologies and so on. The book needs to be actual in order to have value, not only to be written well. The text is to touch the eternal problems of every person, but to reflect the existing reality at the same time.

It can often be heard that all the modern literature is about entertaining, and really good writers are to look at the pure classics. Why so? They say, literature titans of the past have everything shaped, perfected and multifaceted. Shakespeare, Tolstoy, Scott, Verne, those are the authors who can serve as an standard! We’re to stop trying to put high thoughts into funny pictures…

Well, those who keep thinking like that just got their fresh diagnosis: Semmelweis reflex. That means, you don’t want to accept something new, something that goes against standards. Doctor Semmelweis was the first to discover the connection between the hospitality deaths and non-washed hands of doctors.

For his “heretic” ideas, Semmelweis was persecuted and cruelly massacred. Hippocrates, Avicenna, and Bacon didn’t see anything bad in unwashed hands. Then, the unknown Semmelweis with his “aseptic” neologism appeared. Who was he?

Well, the conclusion for this example should be clear. Though, somebody could argue that it’s a mistake: to compare medical care and literature branches. There is one thing: if every classical writer followed the “higher style” of their time apologists, we could know, for instance, two Shakespears nowadays. And Tolkien would never appear in literature.