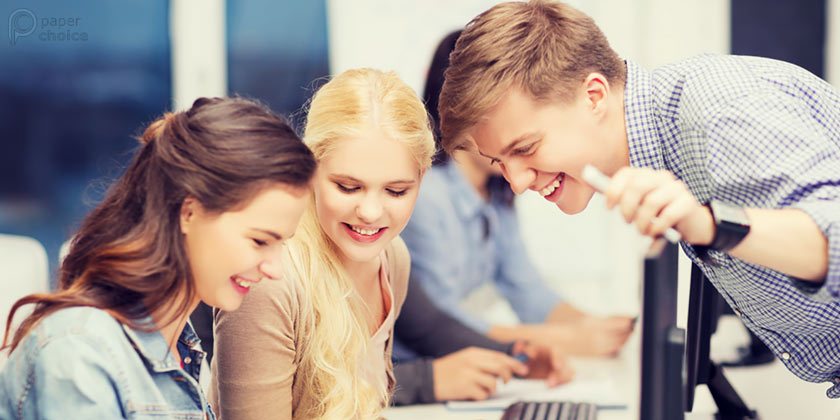 You start a brand new life at college. Everything and everyone is completely new for you. You don’t want to become a weirdo, or a maverick, or just a nerd. You are a freshman, eager to become popular. But how should you do that? How to attract people’s attention not being laughed at? Try not to fall into the same traps as the following people did (all the names are kept in secret)!

You never know when your friends discover you were lying to them. A girl (let’s call her Stacy) once told her fellow students a story about her travelling to Africa, spiced up with a few unbelievable details. She considered it to be convincing and even showed some fake photos. Of course, not a single one of her potential friends believed the story and laughed at her photos, as they were ridiculously edited in Photoshop. The poor girl hadn’t prepared properly and couldn’t even answer some simple questions about her trip. What a silly try! And everything was done for the sake of popularity. Can you imagine what happened next? No one ever believed her. Nevertheless, if you do want to make up a story and you are sure it will definitely increase your popularity, spend some time thoroughly considering each and every detail in order not to be cornered while telling it. Don’t be like Stacy.

Even if you are talented in some way, do not tell anyone you are a first-class professional; if you have money, do not tell you have more than you do; if you’ve really been to Africa, do not tell you have fought a lion there. The fact that you came from another city or even state and no one knows you here won’t help you. The Internet or just a coincidence won’t allow you to hide the truth. Lucas did everything on the contrary. He thought he was too ordinary person and needed to add more interesting facts to his stories and exaggerate almost everything about himself. His perfect image didn’t last too long. His fellow students discovered his father wasn’t a CEO of the company, but just an office worker there, Lucas’ family lives in an ordinary house, but not in a luxury cottage and he himself had never won any sport competitions, but really took part in a few ones. Everybody was laughing at him after the truth was revealed and Lucas was so ashamed! It’s silly, isn’t it? Don’t be like Lucas.

Don’t Copy the Others

If you think that copying other popular people will help you too become popular too, you are wrong. By dressing and behaving in the same way you are losing your own individuality. Here is a sad story of Barbara. She was quite a pretty, but unconfident girl. When the term started, Barbara decided that the best thing to stand out of the crowd is to copy the older girls, who were popular at her college. Considering her shyness, her tries looked ridiculous and other students laughed at her together with those popular girls. It’s also silly. She could have escaped such a tragic destiny if she hadn’t try to copy anyone else. Don’t be like Barbara.

You have already heard a couple of hundred times that every person is unique and therefore wonderful. Let it be a little reminder. Even if you don’t have a lot of money, and have no exciting stories to tell, you should be yourself and don’t be afraid to be open to new people and fascinating events that will definitely take place in your student life, that has just begun.